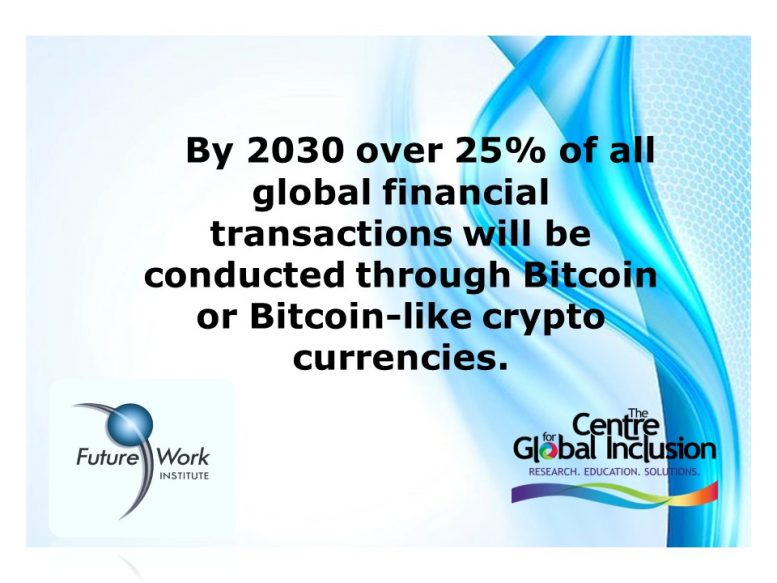 Currently, there is a great deal of controversy over cryptocurrencies such as Bitcoin, Ethereum and many others. Despite its cyclical and volatile behavior, a number of futurists, however, feel strongly that this market will continue to grow. The rise of cryptocurrencies over the past couple years represents “the legitimization of a new asset class emerging alongside the traditional global economy,” according to Dr. James Canton of the Institute for Global Futures. “I’d say you can expect an exponential increase of new investment vehicles to come from cryptofinance.”

Read the Money article using the link below, and move the circle to the right or left to indicate how you respond to the question, “Do you think cryptocurrencies will play a big part in our future? You may be surprised at the voting so far. How does your vote match others who participated in the poll?